Skip to content
Early Bird Discound
Get Your Code Now! 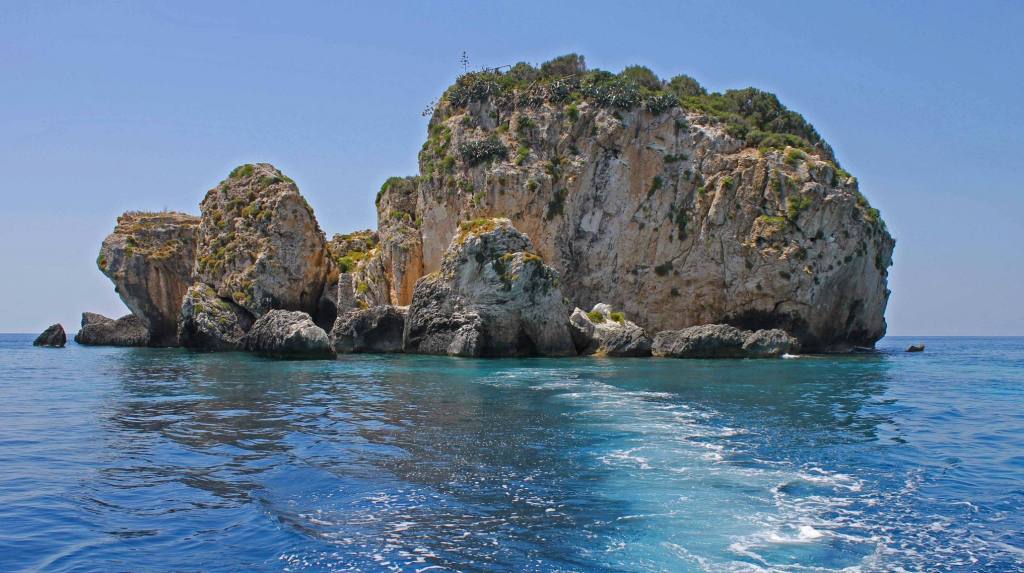 South of Kefalonia, at a distance of half a nautical mile from the shores of Livathos, the rocky isle of Zeus rises. Sharp on all sides and imposing, it has been characterized by Professor Spyros Marinato as “Marine Meteora”. The name Zeus received it, because in antiquity there was an altar of god Zeus on the rocky island. It is said that sacrifices were made at the same time with the altar of Zeus, which was at the top of Mount Ainos, hence the name Anisios. The coordination was done with the view of smoke. The rocky island of Zeus during the British domination was a place of exile for clergy for intellectual and political reasons. Many priests, on account of the measures imposed by the English, were opposed and accused of pursuing popular uprisings against the English authorities. Indeed, in a specific civil matter, which had to do with the respected chronological system of civil status acts and was the object of the church, many priests resisted.

Very powerful were the Lixuri priests who, in order to be punished, were resisted in Zeus and the Vardians. On the island of Zeus, unknown when, and by whom, was founded the small monastery of Our Lady of Blacherna. There is no record of the monastery’s buildings, just by a photo I found on the Internet, which I publish, the buildings are shown and they are explained. But is that the case? The monastery’s income was minimal and was maintained by the charity of the Christians. Monks are found, three in 1805 and three in 1889. In the early 19th century, he lived there for quite some time, an exiled priest from Zakynthos. His name was Nikolaos Kantounis. Priest Nicholas Kantounis possessed the art of hagiography, and painted the little church. The presence of the Zakynthian priest in Zeus makes us believe that the exiles were not limited only to Kefalonia, but most probably to the other Ionian Islands. Another priest, N. Dracontiadis, went to Zeus and there he sat for several months where he maintained and cared for the monastery. His own is the construction of the hundred-foot stone staircase, and the small dock. In 1867, after a terrible earthquake, the monastery suffered great damage. Then the Lixuriotis Priest N. Dracontiadis, appealed to Metropolitan Spyridon Kontomovihalos and asked for his help for his repair. Following the priest’s urging, the Metropolitan sent the housekeeper, priest Makarios Fragato, to collect help to repair the damage.